What can the American orchestral world learn from major league baseball? The two industries have more in common than you might think–as Elizabeth Scott explores in this post. After years as a media executive for MLB, she joined Lincoln Center last fall in the newly created role of Chief Media & Digital Officer. She joins us in San Francisco on Sunday, May 13 for our free Talking About Audiences event—register today! 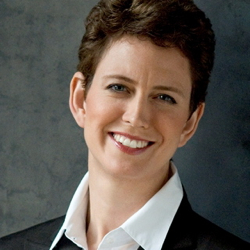 Broadly speaking, audiences today occupy a vastly changed position in the entertainment landscape, compared to only a decade ago. In that relatively short time span, technology has enabled and encouraged audiences to be far more active in their entertainment experiences. Technology has also amplified that activity. Industries that are harnessing rather than hampering this audience empowerment stand to thrive in an ever-fractionalizing entertainment environment. As the character Billy Beane says in the film Moneyball, “Adapt or die.”

In this new era of active and amplified audiences, the term “audience engagement” is regularly invoked by marketers as a mantra. Engagement should indeed be a core business mandate of every entertainment industry that is serious about ensuring the continued relevance of its offering. But how are cultural institutions like symphony orchestras, which historically have not conceived of themselves as offering an overtly interactive entertainment experience, handling this shift in audience expectations and experience? I think perhaps not as proactively as they may need to, going forward.

This question is no doubt a reason the San Francisco Symphony has made “audience” the focus of its third public discussion and roundtable in its American Orchestra Forum. Over a year back, while Vice President of Programming & Business Affairs for Major League Baseball, I was invited to join this discussion as an interested industry “outsider.” I’ve somewhat foiled those plans by since joining the industry ranks, assuming the new role of Chief Media and Digital Officer at Lincoln Center for the Performing Arts this past fall. But actually, the recent jump inside the fold after more than a dozen years as a media executive of a major sport puts me in a unique position to compare and contrast…and to ask some out-of-the-box questions for orchestras grappling with audience engagement questions today.

A number of parallels exist between the professional baseball and professional orchestra industries, making the possibility of the sport illuminating some potential paths forward for the art intriguing. After all, each industry exalts the drama and virtuosity of the live performance experience and requires its audiences to schedule a several-hour time investment to attend. Both industries’ core audiences are aging. Innovation to draw new audiences can be stifled by a fear of alienating that core audience and can bump up against a culture of traditional, highly ritualized presentation. Youth participation in the sport has dropped as youth participation in classical music has fallen. The live game and live performance experiences are both experiencing intense competition from new forms of media. And both industries are juggling these changing circumstances with the ongoing challenges inherent in union/management relations and negotiations.

I believe three key differences between the two industries, however, are the driving factors of Baseball’s comparative financial health and business growth: (1) game capture and broad distribution is the norm for sport, and the exception for the performing arts; (2) a history of artists holding strict approval rights for the use and release of recordings doesn’t encumber sport, where performances can be nimbly captured and used without such limitations; and—perhaps most importantly for the subject of this month’s forum—(3) the participatory engagement of baseball fans with their sport is far more democratized than it is for performing arts patrons. Baseball empowers its fans as consumers and even as critics—with multiple platforms of engagement that give them “voice” and provide a continuing emotional and intellectual investment in the game.

As part of this weekend’s Forum discussion, I’ll explore further how these three points of difference impact the challenges the two industries share. Meanwhile, to stimulate some thinking outside the (orchestral) box, I invite readers to imagine what the symphonic counterparts are—or might be—for the following audience engagement platforms that Baseball provides:

I look forward to sharing my further thoughts – including some unconventional proposals – on May 13 at Davies Symphony Hall.

The opinions expressed in this blog and Forum are those of the writer individually, and do not purport to reflect the position of Lincoln Center for the Performing Arts or that of any of its resident organizations.