What made the YouTube Symphony successful? A Q&A with Ed Sanders of Google

The YouTube Symphony Orchestra started out as a suggestion from a young marketing employee in London. What if…? What if we could bring together classical music enthusiasts dispersed across the globe? How could technology bring this community together? 30+ million views later, the YouTube Symphony Orchestra became an international phenomenon and in this Q&A Ed Sanders—formerly of YouTube, now Group Marketing Manager of the Creative Lab at Google—explains how that happened. 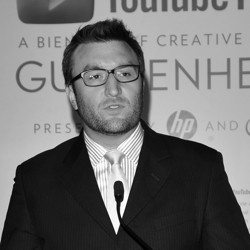 Question: What brought about the development of the YouTube Symphony Orchestra? Was it that YouTube noticed that the genre was developing in popularity? Or what make the organization feel it would be an interesting activity to present in such a futuristic way?

Ed Sanders: YouTube and Google have always prided themselves on having a distinctly entrepreneurial culture. This is a reflection of that. The idea came from a young marketing employee in the London office, who dreamed up the idea, pitched it, and it became reality. One of the major original data points which piqued interest was the massive yet highly fragmented existing classical music which lived online on platforms like YouTube. But the concept itself is merely one example of an ongoing demo which perhaps only YouTube could do – a manifestation of a wonderful way to showcase the access which YouTube provides, to transcend linguistic and geographic boundaries, and to continually strive to challenge the status quo.

Question: What do you think captured the imagination of viewers about this project? Was part of it this idea that it was so accessible, available to anyone with a computer?

Ed Sanders: I think this project captured the imagination of an incredibly wide ecosystem of users, which is why it was so intriguing. While thousands of people were able to audition, many millions more were able to watch, vote, comment, share in the stories, take masterclasses, tinker with augmented reality and so on. It really provided something for everyone, wrapped up in cutting edge technology, high quality content, and distinctly human and touching stories. But there is something really simple about the fact that whether you were in a front row seat at Carnegie Hall or the Sydney Opera House, or in your bedroom in Moscow, or on your mobile phone on a train in Paris, you could share in the same experience, so yes, access was and remains critical.

Question: What were the challenges of putting together the YouTube Orchestra project?

Ed Sanders: The major challenge was pulling together a truly global project. The logistics involved in assembling a global orchestra on the other side of the world should not be underestimated. However in my view, there are few organizations which can truly call themselves global, and we are fortunate to be a part of one at YouTube where something like this can happen. On paper, the worlds of high-paced technology and classical music appear very different, and you might expect that this would have posed a challenge, but in fact we have been excited by the vigor with which the classical world is embracing technology, and we hope that the YouTube Symphony Orchestra is a testament to that.

More with Ed Sanders from the League of American Orchestras:

Ed Sanders will take part in our free “Talking About Creativity” event this Saturday, March 17, in San Francisco. Register today!

< Margo Drakos: The Age of Relevance – Lessons from a world away
Steven Winn: Contrasting and Conflicting Notions of Creativity >