John Adams: The Maverick and the Orchestra

Where is music headed in the next twenty or fifty years? The beautiful thing is… no one knows. Just when you think an instrument (or the orchestra) may have lost its relevance to a mass audience, you’ll be surprised by where composers take it next. This post is adapted from an essay composer John Adams wrote for the book American Mavericks: Musical Visionaries, Pioneers, Iconoclasts. 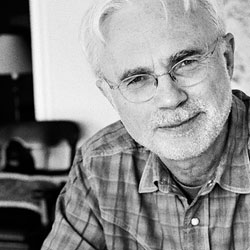 I grew up playing the clarinet. My father was my first teacher. He had played it during the 1930s and ’40s, when Benny Goodman and Artie Shaw were the pop culture stars of their day. By the time I got to college the electric guitar and heavily amplified rock music had replaced big band swing, and the clarinet was a ludicrously old-fashioned instrument. Paul McCartney used it in a song about retired people to set the tone for “When I’m Sixty-Four.” Grace Slick held an old metal clarinet in her lap for the cover of the Jefferson Airplane’s Surrealistic Pillow. By then it had become little more than a tchotchke. But there was no clarinet on any of her songs, and none I remember on any of the other great albums from that era.

Imagine: I thought my life in music was already foreclosed due to an error in the instrument I’d chosen at a very young age.

But thirty years later, the clarinet is still around, and it has reappeared as an important instrument in styles I never would have imagined back in the 1960s. Not only has it found its way into the most progressive of avant-garde jazz, but its ethnic roots are being unearthed with remarkable results. Who could have predicted that klezmer music would take hold with such strength and that it would provide a new route of expression for young composers? The Argentinian composer Osvaldo Golijov, one of the true bright lights among new composers, several years ago wrote an astonishing piece called The Dreams and Visions of Isaac the Blind for klezmer clarinet and string quartet. When I heard it a few years back in a performance by David Krakauer and the Kronos Quartet, I thought I’d stepped into a new terrain of expressiveness, and it was all because of this new style of writing for the clarinet.

I mention this example because it is for me a cautionary tale about the unpredictability of musical tastes and styles. The only thing we know about the future is that it is bound to surprise us. Ten years from now, there is guaranteed to be a new way of experiencing music. There is no doubt that things will change, and it’s likely to be radical change, not a slow, even progression. Just look at what went on in the 20th century. When unalloyed dissonance seemed to be the rage, it was answered in the following generation by emphatic consonance. One year’s fetish for complexity was overturned the following year by a move toward extreme simplicity. Last year was loud. Next year is likely to be so soft you’ll barely hear it.

When people ask me what is going to happen to new music in the next twenty or fifty years, I tell them that I could no more predict that than Edward Elgar could have predicted the electric guitar.

John Adams will be a panelist at our next live event–Saturday, March 17 in San Francisco. Register today. Attendees will receive a free copy of the book American Mavericks, from which this post is drawn.

< Taking a Chance on Creativity
Margo Drakos: The Age of Relevance – Lessons from a world away >