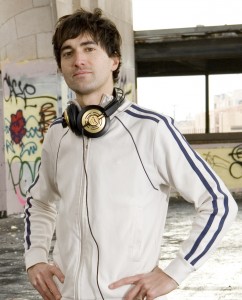 As The Bay Citizen puts it, “For nearly a decade, composer Mason Bates has been hailed as one of the young saviors of classical music.”

He works with two major American orchestras in a formal capacity–as Composer-in-Residence at the Chicago Symphony and as Project San Francisco composer at the San Francisco Symphony–and audiences love his modern take on the orchestral sound. After a recent San Francisco performance of his piece “Alternative Energy” one fan on Twitter was offering $50 for a bootleg recording of the (so far) unreleased piece.

So, what is it about Mason Bates’ approach that is taking the orchestral world by storm?

Edmund Campion, a composer and professor of music at the University of California, Berkeley, said Bates was a much-needed bridge between musical worlds. “The orchestra today is fighting with its identity as a historical elephant,” Campion said. “Mason provides a sense of renewal, a connection to social and cultural things in contemporary life.” Read the full article on The Bay Citizen.

Indeed, trained at Juilliard and schooled in the clubs of San Francisco, neither the “electronica” nor the “classical” in Bates’ music seems forced. He’s not a crossover artist, just an artist, using the tools at hand to create what Michael Tilson Thomas calls, those “beautiful notes.”

On Saturday, March 17, composer Mason Bates will take part in our Talking About Creativity event in San Francisco. Paired in conversation with composer John Adams, it will be interesting to hear both of their thoughts on “Creativity” in the American orchestral world.

< Podcast – Chapter Three: Considering Technology
Where does creativity come from? And how does one nurture it? >