What do the future of American Orchestras and the America’s Cup have in common?

The America’s Cup and the American Orchestra have more in common than you might think, as Cheeko Matsusaka explores in this blog post. Originally from Newton, Massachusetts, Cheeko Matsusaka currently lives in Sarasota, Florida where she is a cellist with the Sarasota Orchestra. Hers is the first of three winning blog posts from our recent American Orchestra Forum blog contest. 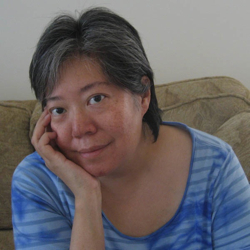 Have we all focused too much on the [America’s] Cup’s proven past rather than understanding its potential? As such, the resulting changes are substantial. It is crucial to end the uncertainty and lay the groundwork for continuity. To put in place a calendar of regular racing; exciting racing that is shorter and sharper and more spectacular. Racing that matches the expectations of the Facebook generation, not the Flintstone generation.
— Russell Coutts, CEO Oracle Racing

What does the future of American Symphony Orchestras and the America’s Cup have in common? Aside from San Francisco, quite a lot. I’ve been following the event since the late 90′s and have always felt a strange sort of empathy for the Cup. It seems to share a common thread with professional music’s efforts to honor traditions and still allow the art to grow and have relevance to in a modern world. Both share the potential for breathtaking displays of beauty and power, but suffer from the old stereotype of closed doors and aloofness. Both struggle to dispel those misconceptions without alienating those who already support it. Both are trying to reach out to a new generation by jumping head first into the overwhelming mass of new technologies. The American Orchestra thoughtfully hesitates at this precipice, but the America’s Cup has the taken the fateful leap. I am watching carefully and taking detailed notes. If the planned America’s Cup event can maneuver a safe landing, they will serve as a standard bearer of adaptation and evolution in an era plagued by threats of extinction.

The thread between Orchestras and the America’s Cup resurfaced when I was having a bit of a disagreement with one of my colleagues. We were talking about a web and Facebook page for the musicians in my orchestra. The colleague thought we should focus our energies on a static webpage and forget about Facebook. He thought Facebook was a fad that would run its course. In addition, he feared we risked alienating people who didn’t do Facebook. Was he serious? Yes, he was serious and to my growing frustration, he wasn’t the only person in the conversation who chimed in on the worthlessness of social networks. My jaw dropped. Yaba daba doo… I went home that night and started work on a web page and blog. Then in mock defiance, I created a Facebook page and did the unthinkable. I joined Twitter. Did I know what to do? Of course not, but I knew we had to. Ignoring social media was simply not an option. I had seen what happens when social networking is discounted. That was back in 2003 during the Louis Vuitton and America’s Cup campaigns. 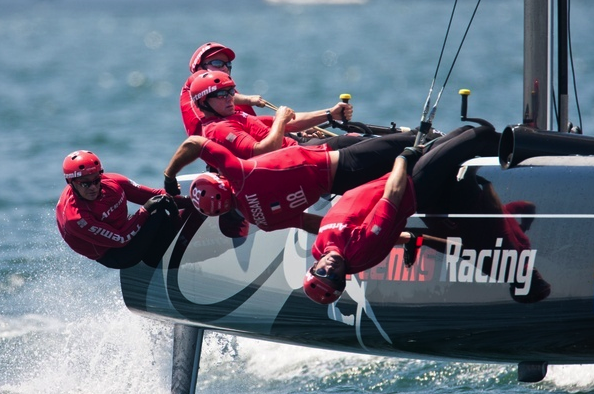 When Team New Zealand won the Cup in 1995 traditional sporting media in the United States essentially abandoned coverage. This could have been a small tragedy for people like me had it not been for a San Francisco based internet company called Quokka Sports. It offered free coverage of sports and adventure events like the Whitbread and Mt. Everest expeditions. All that was needed was a broadband connection. Quokka allowed me to watch real-time coverage of the yacht races from Auckland, New Zealand. It was a primitive sight, but it was coverage – better coverage than ESPN had ever offered. The site featured daily reports, editorials, audio and video clips of press conferences and interviews. Best of all, it hosted a series of discussion boards where people from around the world could post comments and share their local media resources of the events. It was fringe-sports heaven. Quokka was giving the world a taste of what the Internet could offer: 24 hour, real-time coverage of sports from anywhere in the world.

While Quokka sank during the dotcom crash of 2000, it had left a strong expectation for the future of sports coverage. It had also left behind an international group of Cup followers that was determined to continue sharing news and assorted dock-talk rumors with one another. Race data, potential teams and their assets were being catalogued by the group and shared through personal websites and a dedicated discussion forum. It was, in essence, a social collective of amateur yachting reporters who were independent from rating shares and sponsors. They had, in a way, claimed a part of the Cup for themselves and used the worldwide web to make it possible. The internet had given them a voice and people were listening, albeit reluctantly. Change had arrived and America’s Cup campaigns were going to have to respond. 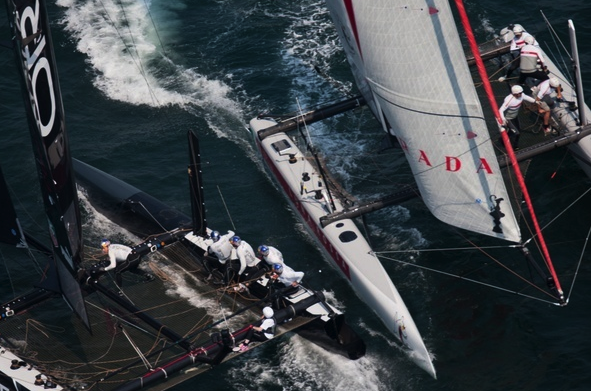 Predictably, there were those that embraced the changes and those that rejected it outright. It was fascinating to watch teams emerge in a new age of openness and transparency – a drastic change from the old traditions of secrecy and “skirts.” As one press officer confided, times had changed and the best way to control the press was to offer them an open door. For those who resisted or reacted in fear, they remained behind closed doors and acted as if the internet invasion was just a passing fancy that would simply go away. But it didn’t go away. The PR damage began to accumulate as the internet communities were free to create their own version of what was going on behind those closed doors. When they finally understood that the internet wasn’t going to go away they thought they could control it. Things went from bad to worse. It was no longer business as usual.

It should be noted that the team that displayed one of the most impressive web presence in the 2003 America’s Cup also won the trophy. I don’t mean to suggest that the quality of web presence had any impact on the performance of the team itself – it was a powerhouse team. However, the web presence reflected a belief, a determination and a strong dedication to seeing this event into the future. It reflected adaptation and evolution, not fear of extinction.

I believe this is true in music. Orchestras that embrace social media and tackle the challenges of new technology are thinking about “potential” not merely of survival to the next fiscal quarter. Unfortunately, some orchestras still continue to operate in an old business model and merely dabble in the social media options. Even performers themselves tend to believe that we need to preserve traditional roles and stay within those confines. But as I witnessed in 2003, failing to adapt to the new world of social media ensures the same fate as boats that take on water during that all-important race. At best, you won’t finish; worst case, your boat sinks to the bottom of the ocean.

I don’t know if Facebook is temporary fad or the New World Order, but in the bigger picture, the specific names do not matter. The fact is that social media is here. It has revolutionized the way people share, experience and consume media and it will continue to evolve. It is a powerful tool that must be dealt with and understood, not defeated, resisted or avoided. The sooner we understand the beast, its baggage and its pitfalls, the sooner we can stop behaving like an endangered species.

Originally from Newton, Massachusetts, cellist Cheeko Matsusaka currently lives in Sarasota, Florida where she is a cellist with the Sarasota Orchestra. Before joining the Sarasota Orchestra, she was a member of the Westbrook String Quartet (prize winner at the Fischoff National Chamber Music Competition) and, as a member of the Westbrook, participated in the Aspen Music Festival, Tanglewood Music Center and was faculty at the Dana School of Music in Youngstown, Ohio.