A New Concert Experience in Chicago

Mason Bates and Anna Clyne are both Mead Composers-in-Residence for the Chicago Symphony Orchestra. (They’ve also both joined us for conversations as part of the American Orchestra Forum.) In Chicago, they curate a program called “MusicNOW” which is experimenting with new ways to present contemporary music. A brochure for the upcoming 2012-2013 season promises concertgoers “the most exciting new music experience” in Chicago.

Andrew Patner wrote about a recent concert in the Chicago Sun-Times:

Over the years, a large, youthful and attentive audience has gravitated to these four new music programs… Free pizza and beer after the shows truly seem to be conversation enablers rather than the ticket-sale enticements they started out to be. Literally hundreds of people are in the Harris’ lobby going at it about music, composers and performance for at least an hour post-concert.

What is Chicago doing to attract this audience? The short answer is that it’s no longer business as usual. And the long answer is the detailed explanation Mason Bates gives over on his blog.

Core to the program is the idea that education “on the fly” can attract people to the concert hall. What is “the primary impediment to increasing the classical music audience?” ask Bates. “Information: how it’s presented, how we absorb it… Breaking this information barrier requires imagination, technology, and audacity.” 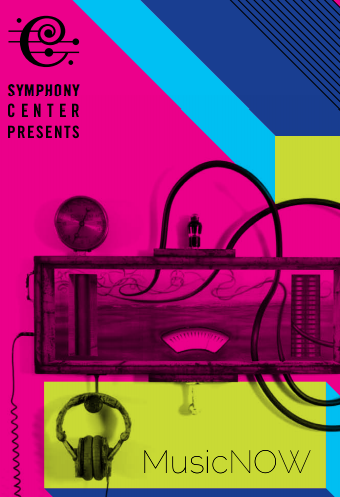 It also requires no sacred cows.

The program book? Replaced by a flyer. Lighting? Dramatic and dark. (No program book to read anyway.) Food and drink? It’s time to go beyond the “cafeteria mafia.” You can read the whole post here: masonbates.com. (It’s the June 2012 post.)

< Live Blog: A Behind-the-Scenes Conversation with The Philadelphia Orchestra
What do the future of American Orchestras and the America’s Cup have in common? >