What do monasteries of the 15-century and the modern orchestral world have in common? Ben Cameron—Program Director for the Arts at the Doris Duke Charitable Foundation—examines some surprising parallels. 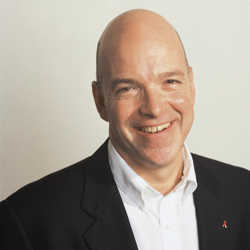 I was startled at the International Society for the Performing Arts conference in 2010 when an audience member rose and asked, “What if we looked at the present as the equivalent of the Religious Reformation of the 15th-century? Are we in an Arts Reformation?”

Certainly there are striking parallels: both that past religious and our current arts reformations have been spurred by technological breakthrough. The invention of the printing press and the subsequent wide spread public access to scripture occasioned by the printing press certainly has parallel in the redistribution of knowledge with the invention of the internet. Both reformations challenge old business structures and every symphony manager must ask whether the orchestral model will suffer the same fate as the monastery, a model which was largely decimated in the wake of religious reform. But perhaps most profoundly, both reformations at their center challenge the notions of the necessity of intermediation in a spiritual relationship, whether that intermediator is the classic priest or the professional artist.

The Reformation notably reshaped and broadened the universe of how religion would operate and who would be empowered to act—giving rise to new denominations, new religious rituals, and new opportunities for the common lay person to assume responsibility for her own spiritual experience. Similarly in the arts, we are witnessing an explosion of arts organizations operating in new ways and the emergence of the hybrid artist. There are amateurs doing work at a professional level—dubbed elsewhere as the Pro-Ams—whose work populates YouTube, Film festivals, dance competitions and more, a group who are expanding our aesthetic vocabulary. At the other end of the spectrum are professional artists who choose to work outside the traditionally hermetic arts environment, not from financial necessity but because the work they feel called to do cannot be accomplished in the narrow confines of the gallery, concert hall or theater. These hybrid artists are rejecting past divisions of professional and amateur and are expanding our sense of aesthetic possibilities—even as they assault our traditional notions of cultural authority and undermine the assumed ability of traditional arts organizations to set the cultural agenda.

While the tendency in some circles is to proclaim the end of traditional arts institutions in light of these changes, we should not forget that the Religious Reformation did not obliterate the Catholic Church. Just as 500 years later, many people around the world still find deep meaning in high mass and formal religious institutions, I for one believe that the historic institutions that we have funded to date will continue to be worthy of our investment. They currently and will represent the best opportunities for lives of economic dignity for many artists, and be the logical place where artists who need and deserve to work at a certain scale can find an appropriate home. Whatever we do as a community, we must continue to nurture and sustain these groups, and especially support their efforts to adapt and change to the larger world.

But in a world of arts participation—a time in which participation is growing while traditional attendance is declining, and in which technology has democratized the means of both artistic production and artistic distribution for the first time in human history—how do we recognize the impulses and expectations that the internet promotes-expectation of transparency and participation, of personalization and customization? How do we think, not only about presentation, but about engagement—about interacting with this growing tsunami of creative energy that typically exists beyond the purview of our classrooms, our buildings and our performing arts centers? How do we engage audiences in the creative process, not merely in the finished work? How do we expand our vision beyond producing to be the orchestrators of social interaction-interaction in which a performance is a piece but only a piece of what we are called to do—or of moving past concerns about products to be consumed to focus instead on providing experiences that will serve as springboards to our communities’ own creativity?

Many of the groups I find inspirational today are embracing these changes and inviting them into their institutions. The Baltimore Symphony’s Rusty Musicians Program, inviting formerly trained but avocational citizens to play alongside the professional artists, is a great case in point. How could we change if we saw our facilities, not as concert halls dividing audience from artist, but as symphonic centers where we maximized every opportunity to embrace the full range of symphonic activity, including but not limited to the traditional concert?

< Podcast: Chapter Six – The Creative Challenge, Off the Stage
Yannick Nézet-Séguin – Music Director of the Philadelphia Orchestra – On Audiences >